Last post i shared with you all the practice cake which i baked with Angry Bird theme ,
this post i will be sharing the recipe of Angry Bird Birthday Cake 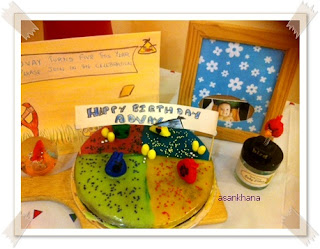 and Angry Bird Cupcakes which i baked for Advays Birthday. 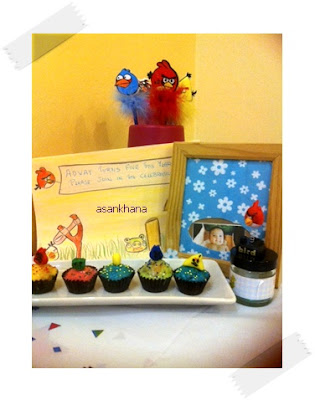 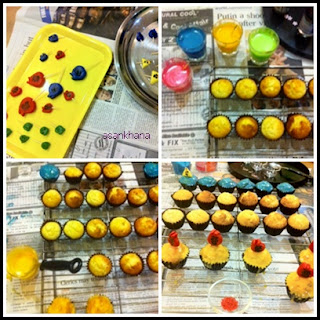 divide the icing into four equal parts and tint them with green,yellow,red and blue colour.
spread the icing on the cupcakes and keep aside. 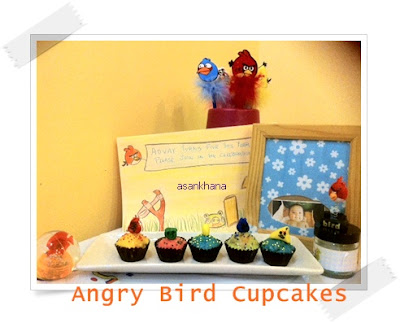 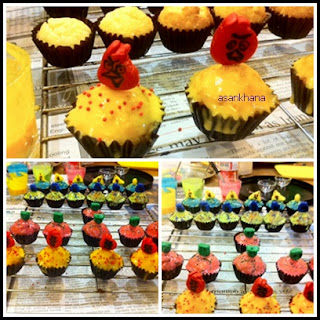 how i did
shape out the fondant with help of fondant cutting equipment
gave red,yellow and blue fondant angry bird shape
and with the green fondant made pig shape.
with edible marker made the eyes and beak.
with the help of toothpick inserted the topper on each cupcake. 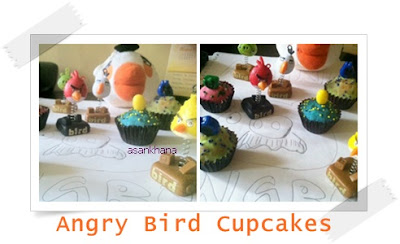 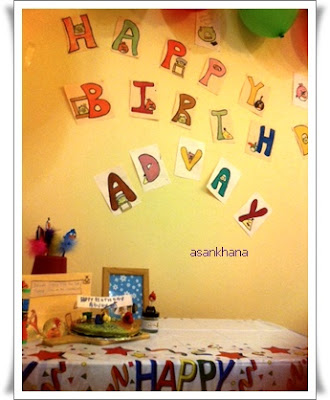 .But when i placed the cake  pan in the oven and started the timer , i kept waiting for some 20 mins ,but after 20 mins the cake was still unbaked from the top ,so i thought of trimming out the edges and giving some shape but the cake was very crumbly ,disappointed and dejected, mixed the batter again and kept the tray in the oven , 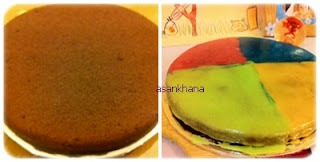 i could see that the top burner was not lighted,then i realised the knob of the oven  was not in the original position,relieved i turned the knob to the original position and within five minutes the cake was done,by then it was already 1 am,i didn't had any energy to prepare new frosting for the cake with a single colour,so i thought of using the leftover red,yellow green and blue icing,divided the cake into four equal parts with help of icing and thus the cake was decked with four different colour of icing. 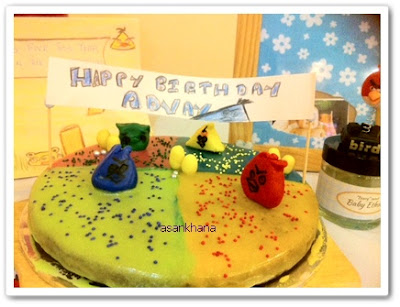 Then i placed the angry bird toppers and the golden egg and the some sprinklers.
Still i felt that something was missing so wrote Happy Birthday Advay on a strip of paper and with help of blue tac and tooth pick placed it on the cake. 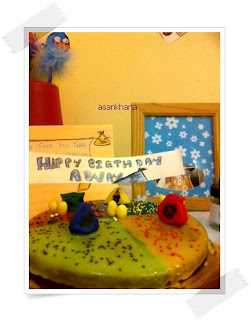 So i was really happy with the final cake,ya it was not something which i had planned bt then this one looked cool too,.isnt it,,
Linking this post to Made with Love Party hosted by Colours Dekor.
Lets Bake Cupcake and Muffins hosted by Simply.food.
theres more to share which i will be sharing in the next post
take care folks,and ya thanks for the wishes too,...