I had read about quinoa a lot ,drooled looking at the pictures in various food blogs and magazines but never tried cooking it at home so one noon while shopping for the grocery when I saw searched for quinoa I had no excuse, bought it and today after so many days when I felt hunger pangs and as there was no leftover in fridge I thought of cooking quinoa and thus I did ,had some cherries in fridge so thought of preparing salad with the same . 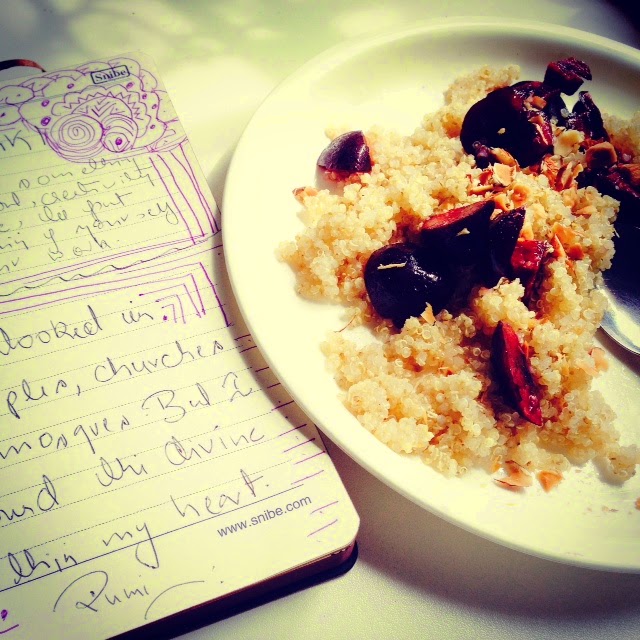 Recipe Name – quinoa salad
Ingredient
Quinoa half cup
Cherries six
Baked almond four
Pinch of black salt
Prepration
Cook half cup of quinoa in one cup of water ,keep aside.
Dice the cherries keep aside.
coarsely chop the almonds keep aside.
Procedure
In a mixing bowl toss everything together
Relish J 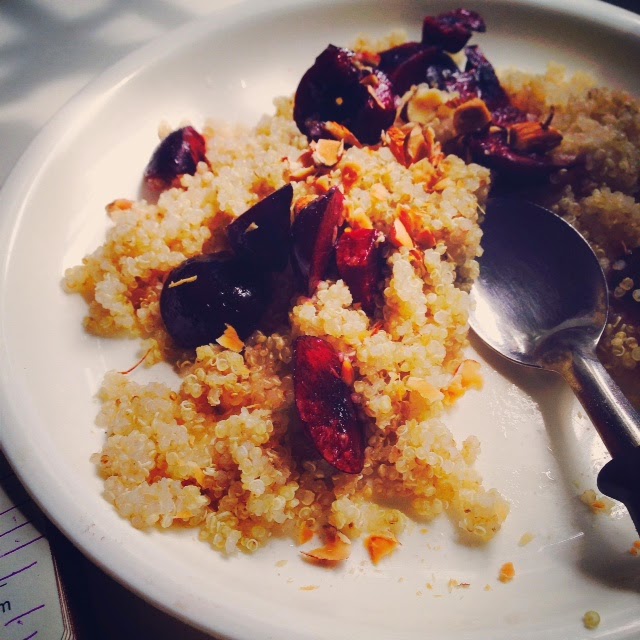 since past few months I am maintaing a journal ,so today wrote this quote which I pinned on pinterest. 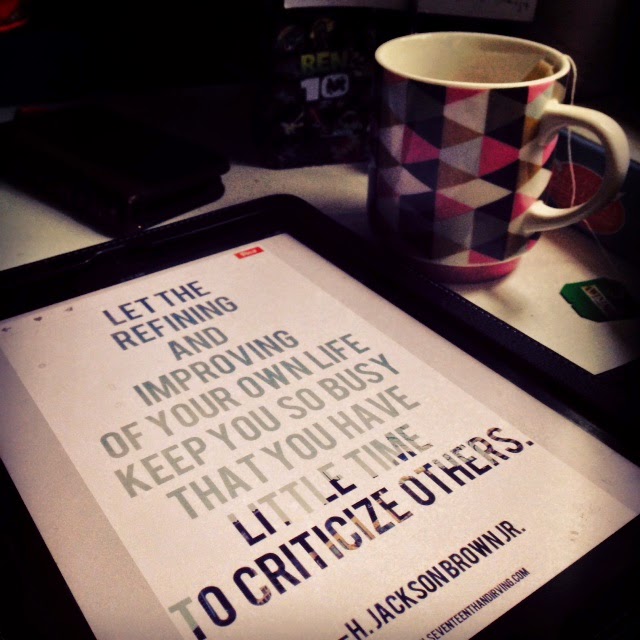 that's all guys wish you all happy day ahead
take care and happy blogging.
Posted by notyet100 at Thursday, July 17, 2014 3 comments:

Yesterday while whatsapping with my cousin she pings me asking about dinner preparation told her Methi Paratha for family and for myself stir fried potato as I was fasting, her prompt reply was to eat boiled potato with curd , so yesterday for fasting dinner I had the same this is how I assembled the plate 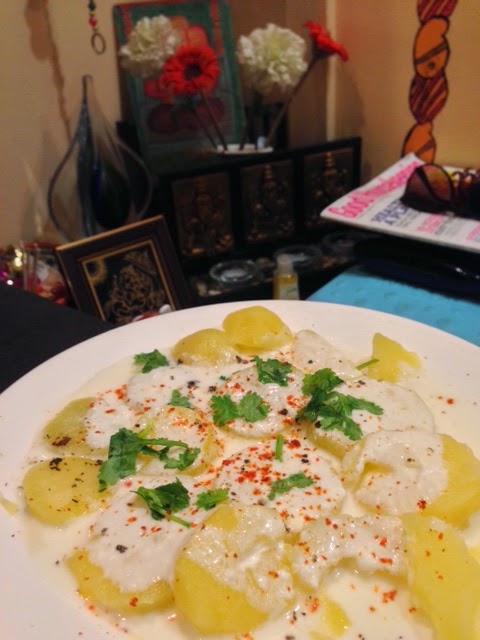 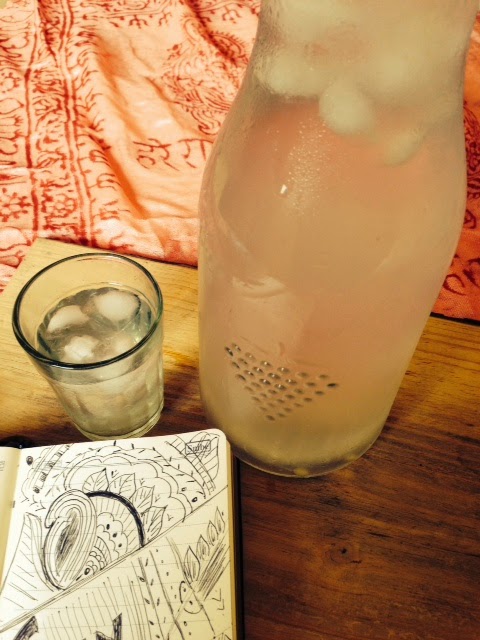 Morning prepared Shikanji/Indian Lemonade to beat the heat and keep myself satiated this is how I did .In a pitcher add lemon juice from two lemon, sugar two tsp half tsp rock salt and four cups of water mix everything together.Fill the pitcher with ice cubes. 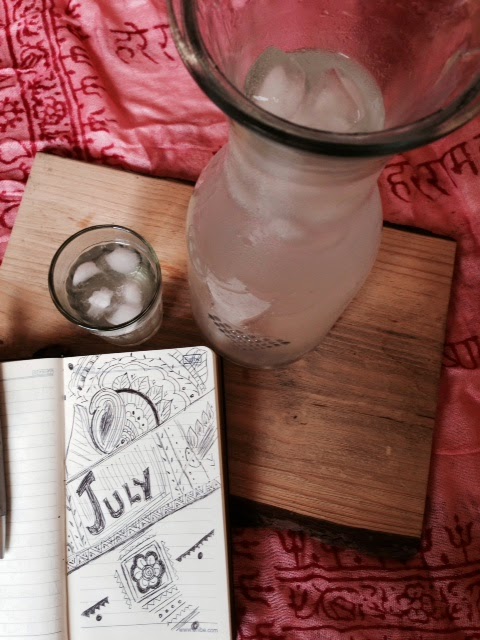 drink ,enjoy summer and remember your childhood days.
so that's how I spent first Monday of Shravan month which started from 13th of this month.
Did the doodle thinking about the past six months,time is flying and so much to do.Hows it gone for you guys ?
that's all guys will catch up with you all soon
take care and happy blogging.

thekua from my moms kitchen

I know the posts have been too sporadic since past few months now that I am back I will be more regular with the posts . Whenever we go India Thekua

is one delicacy which my mother loves to prepare and ya we love to indulge ,this time I was around when she was preparing so could see the procedure 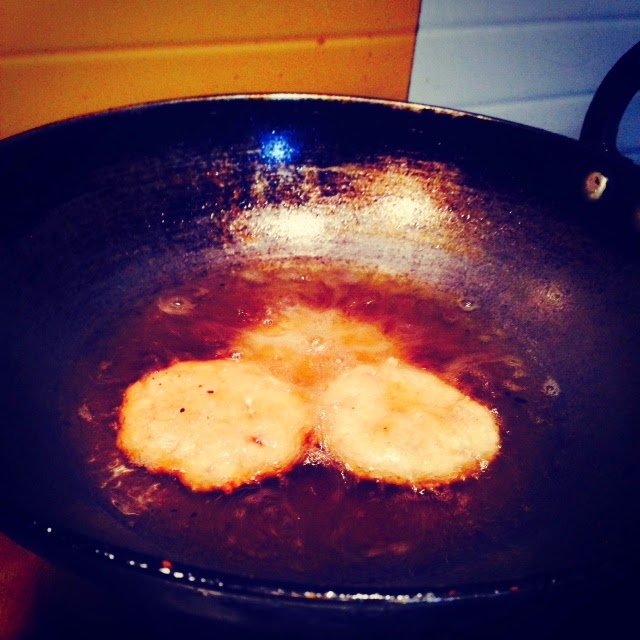 . Thekua tastes good with red chili pickle and a cup of ginger tea . 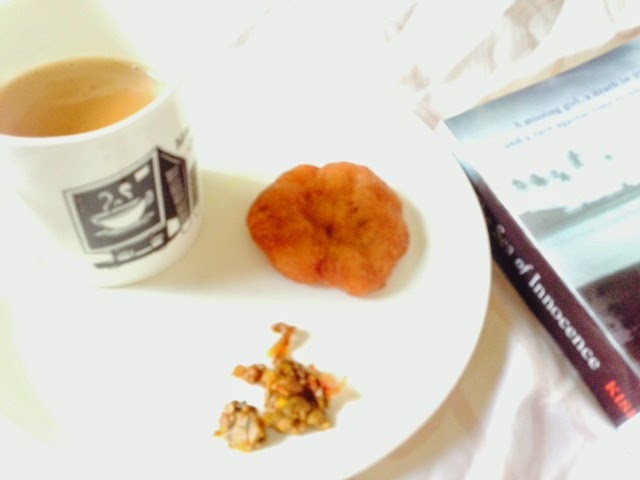 Recipe of Thekua is blogged here
Will be catching up with you guys soon take care and happy blogging.