With a three and half year old at home 24hrs a day ,
i have to think of ideas to keep him busy whole day,
thats the reason why i am not so frequent with my posts these days
as i am dead tired by the end of the day.
Last week thought of engaging Advay while baking chocolate cupcakes,he was by my side whole time when i mixed ,poured and baked the cupcakes.Ya he had to wait to taste the cupcakes as i had to take pics,
thanks Advay for the patience i know it was  hard for you but still you beared with me,..;-) 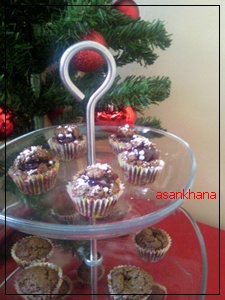 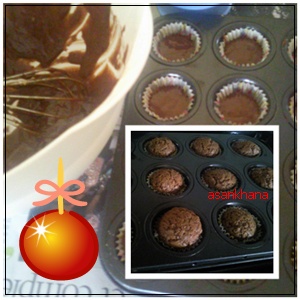 Preparation
Preheat the oven to 100 degree centigrade
line a cupcake tray with paper liner keep aside
Procedure
In a mixing bowl mix all the ingredients listed above and mix till smooth.
spoon the mixture into cupcake tray ,tap and check they should be half filled.
Place in the preheated oven and bake for 5 mins.
Transfer on cooling rack to cool completely
Chocolate and  Raspberry Jam Cupcake 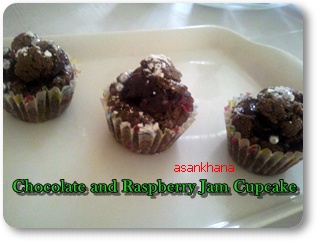 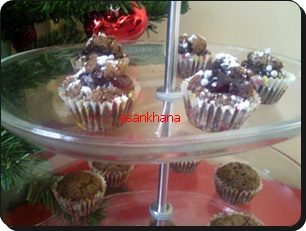 the chocolate cupcakes are off for
Its time to Jingle again event
Kids Delight Holiday Special hosted by Srivalli
December Carnival - Christmas Decor and Delights hosted by The Key bunch team
and to Bake Off event hosted by Versatile Kitchen
Thats all friends,see you all soon :-)
Sharing with you all Christmas tree pic , thats Advay in red,..:-) 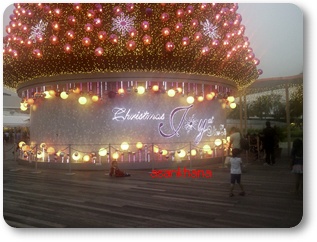 The mini cup cakes look cute. Love the presentation in the first click, brings the festivity on the net.
http://litebite.in

It is hard to keep busy at this age. Mini cupcakes are in perfect bite size!

cakes have come out well Priyanka. Trust Advay is enjoying!

Cupcakes are so tasty! I love the chocolate and raspberry jam combination!

Superb looking cup cakes,loved the combo of chocolate and raspberry.

what a yummy cupcakes dear...

Thanks for the entry. I will have to include it in next week's roundup.

Ooh they look delish! Thanks for linking in:)