I will be leaving for India today night for the holi festival ,
sharing with you all virtual treat of the holi delicacie Ghujia 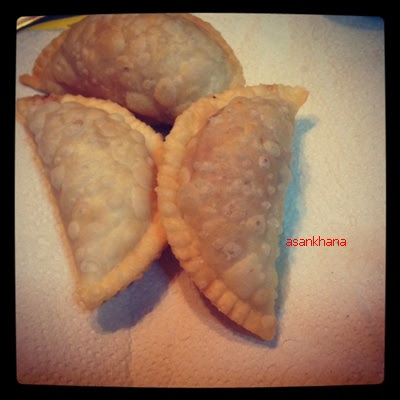 which I prepared few days back, 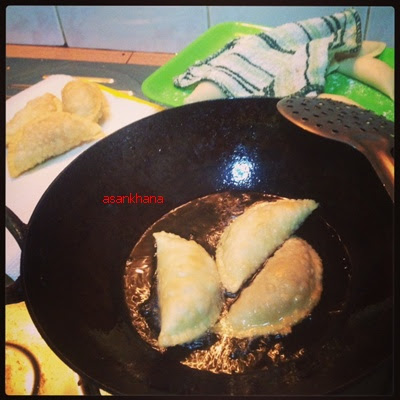 since past few days it has been very hectic maybe when I am  back from India I will be more regular with the posts ;-)
Wish all the readers of the Asan Khana Happy Holi 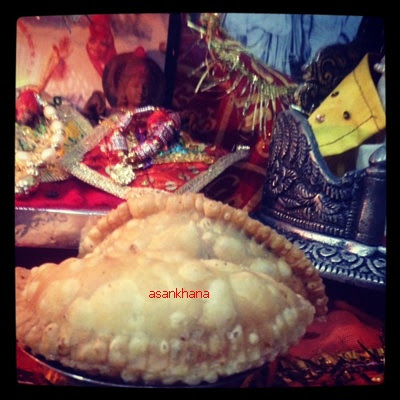 I had planned for something like this but couldn't due to lack of time so when my friend told she is planning to host Kinder Graduation Party for kids I was elated so yesterday evening I prepared
Eggless Chocolate  Sandwich Cake with coconut buttercream icing in between the layers and frosted the cake  with Chocolate buttercream Icing, 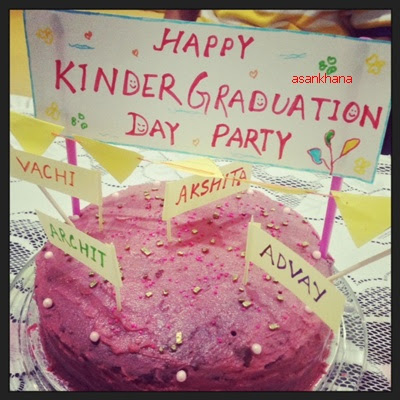 for the first time I prepared sandwich cake so I was a bit skeptical how it gonna look ,what if the cake breaks but thankfully nothing like this happened :-)
bake two eight inch eggless chocolate cake and keep aside
recipe of Eggless Chocolate Cake is blogged here 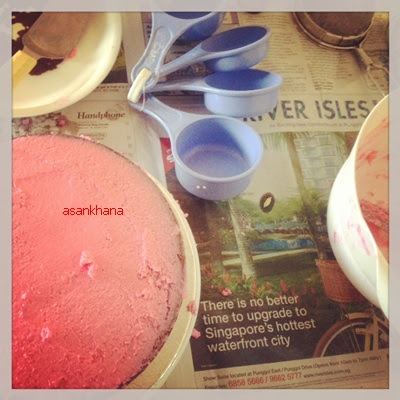 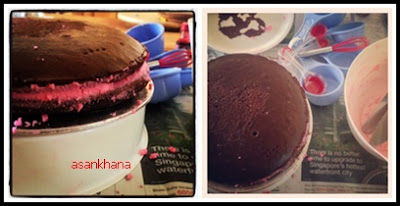 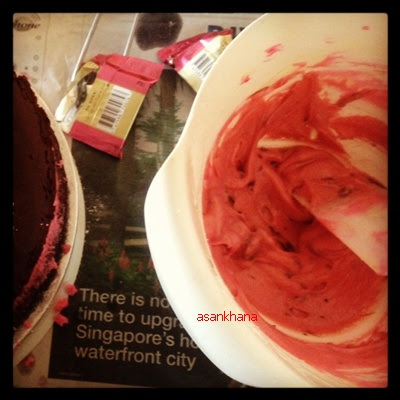 Procedure
In a mixing bowl beat sugar and unsalted butter till fluffy
slowly add milk to get the creamy consistencey
add pink colour ,rose essence and crushed chocolate
spread evenly on the cake with the help of spatula . 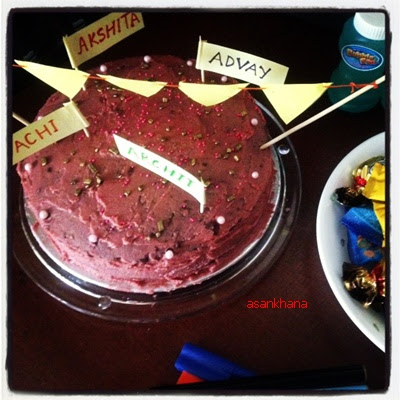 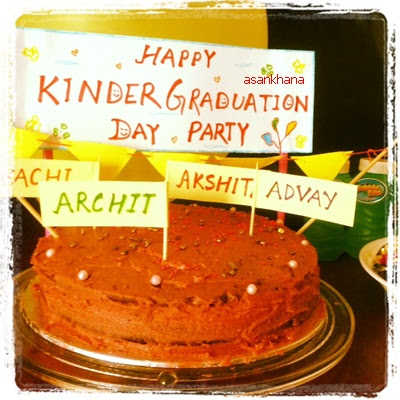 Special thanks to my friends for taking care of Advay when I was decorating the cake and for helping with the decoration too :-) this wouldn't have been possible without you guys and ya this one was my dream which has come true,..:-)
this one is for you guys 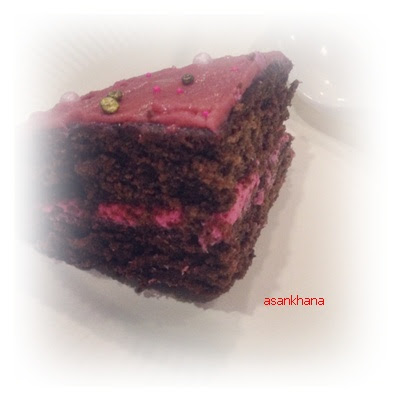 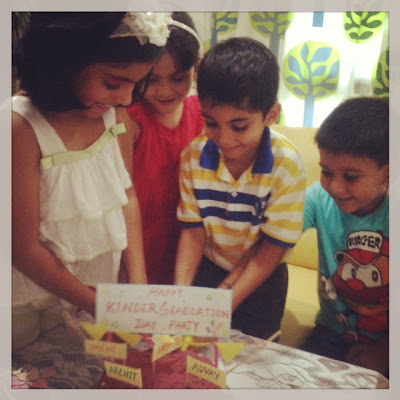 after cutting the cake :-) 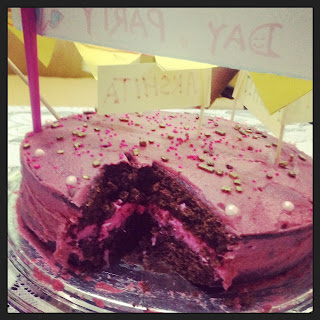